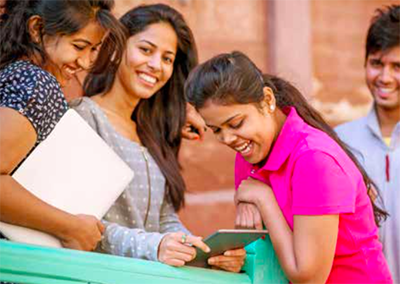 Many women face the dilemma of choosing between fulfilling their domestic duties and their professional obligations. While some do an excellent job of managing the two equally, the majority struggles with balancing personal, family and work commitments. This leads to many women dropping out of the workforce or not climbing up to leadership positions in the corporate world.

The Direct Selling industry has offered many such women with a potential solution to this age-old dilemma. A report by the World Federation of Direct Selling Association (WFDSA) says that 80% of the approximately 100 million people involved in direct selling around the world are women. More than 65 million women globally find direct selling to be the answer to gaining control of their own time, often while working in other full- or part-time careers and while being wives and mothers — managers of households. In an industry that is built upon the power of relationships, the natural attributes and special skills most women demonstrate for multi-tasking and care giving, gives them an edge over their male counterparts.

Women constitute almost half of the population of India (48%)(Census India, 2011) and thus half the potential labour force. But the Labour Force Participation Rate of women in India is only 29% for 2011 (The World Bank, 2011). According to the ILO’s Global Employment Trends 2013 report, India’s labour force participation rate for women fell from just over 37 per cent in 2004-05 to 29 per cent in 2009-10. Out of 131 countries with available data, India ranks 11th from the bottom in female labour force participation.

Though the government has introduced several laws to prohibit inequalities or discrimination against women workers, there still exists a wide gender pay gap in India. In a majority of Indian work places, the so-called ‘glass ceiling’ is not completely broken yet. For many enterprising women who want to start a business of their own, the start up cost of most businesses creates a real barrier.

This is why many women in India are recognizing direct selling as a business that is not just a way to make money – but a way to experience more balance, time with family, the opportunity to make a difference, and to be successful, without sacrificing themselves in the process. With Direct Selling, the start-up costs are minimal and genuine direct selling companies provide training and business tools to help their distributors get started.

For many women, working in the corporate world has also meant having to display a tough exterior to compete alongside men. As a result, many women working in these environments find them very unfulfilling. At QNET, we are fond of reminding everyone that in direct selling, feminine traits are not just welcomed, they are encouraged! This business model thrives on the values of nurturing, support, collaboration, and authenticity – all inherently feminine traits.

Direct selling is also a potential goldmine for women’s empowerment. It provides women an equal opportunity to thrive and make a substantial income without compromising their responsibilities as wives and mothers. Anyone can engage in direct selling in different ways—as a customer, a retailer, a business builder, or all three. What makes it perfect for women in particular lies in that very fact. Because direct selling is an equal opportunity business, it also means it is a gender-neutral one where women are able to get the same opportunity and get paid the same way as men

At QNET, we celebrate women. We have seen many women turn their lives around and achieve their dreams by being a part of the QNET business.

Sunita, a QNET Independent Representative in Bangalore says one of the reasons she loves direct selling so much is because it can be woven into anyone’s everyday life. She recalls how she would take her then three-year-old daughter to presentations while her older children were in school, how she has always been able to plan her day around them while they were busy at school and go back to being a full-time mother by the time they were back home with her.

Padma, another successful QNET entrepreneur from Hyderabad says the direct selling profession is a gift to women because it provides a great environment for women who want to have it all—personal, relational, financial success. “One of the key foundations of direct selling is the investment in people’s personal development. Women are very often subjected to feelings of insecurity and low self-esteem, and the great thing about direct selling organisations like QNET is the availability of training programs and leadership development workshops, which help women develop confidence in their skills,” she explains.

It could be said that women are the heart of the direct selling industry. And with the 21st century being referred to as the Women’s Century, now is the best time for women in direct selling to push themselves to be the best they can be.

At QNET, we strongly believe that if the government creates a regulatory framework for the industry to flourish and to protect it from the dubious and fraudulent schemes, this will encourage even more women to join the workforce creating necessary incomes without sacrificing the wellness of their families.

Scheme or Scam: 7 Ways to Tell a Legit MLM from a Pyramid Scheme

5 Ways Men Can Use Argan Care

4 min read
HAVE YOU HEARD?

All about QNET India

qnet.india
•
Follow
Enjoy clean, safe and nourishing Pi-Water every day with the HomePure Complete Water Line. Reach out to us for installation services at 9901261888. We’re always at your service. For more information on the installation process, click the link in bio. #QNETIndia #HomePure #HomePureFilter #HPCWL #Prefilter #NovaSoft #PiWater #QNET
View on Instagram |
1/12

qnet.india
•
Follow
QNET joined hands with Manchester City in 2014 as their Official Direct Selling Partner. It has been one of the most successful partnerships, with the synergy growing stronger between QNET and Manchester City. This incredible collaboration symbolises team work, hard work and a relentless pursuit for excellence. QNET India celebrates the winning moments from the QNET-Manchester City partnership. Click the link in the bio to know more. #QNET #ManchesterCity #PremierLeague #QNETCity #Cityzens
View on Instagram |
2/12

qnet.india
•
Follow
CHAIROS Lilac is your veritable fashion accessory. This limited-edition watch throbs with a Swiss-made movement and is brought to life with grey printing rays on a white dial and round crystal fitted in square bullet applied indices. CHAIROS Lilac is exclusively available from the QNET India eStore! #QNETIndia #CHAIROS #Lilac #WatchoftheDay #Watches #QNET
View on Instagram |
3/12

qnet.india
•
Follow
AVP Shipra Neeraj has officially revealed the date for announcing the winners of the Diwali Dhamaka! Yes! Find out for yourself by watching this video. And, if you haven't already purchased a SHARP-QNET air purifier, do so right away. Only 5 days are left to enter Diwali Dhamaka Lucky Draw and you could win these amazing prizes- 🎁 SHARP 342L Refrigerator 🎁 SHARP Car Air Purifier 🎁 SHARP Bread Maker Share or tag your friends and family! The offer ends on November 30th. Visit your QNET India eStore now! #QNETIndia #DiwaliDhamaka #BreatheFreshBeHealthy #SHARP #SmartAir #ZENsational #Airpurifier #QNET
View on Instagram |
4/12

qnet.india
•
Follow
VC and Platinum Star Narendra Kriplani does not want you to miss the golden opportunity to win exciting prizes!! 😍 Buy a SHARP-QNET ZENsational or SmartAir air purifier and enter the Diwali Dhamaka that ends on November 30th. Watch him as he talks about his experience with the air purifier and why you should buy one for your loved ones! Share or tag your friends to spread the word. #QNETIndia #SHARP #ZENsational #AirPurifier #QNET #BreatheFreshBeHealthy
View on Instagram |
5/12

qnet.india
•
Follow
Here's to igniting the light of new beginnings! Celebrate the victory of light over darkness, knowledge over ignorance, and good over evil. A very Happy Diwali to our #QNETFamily! #QNETIndia #HappyDiwali #Festival #QNET
View on Instagram |
11/12