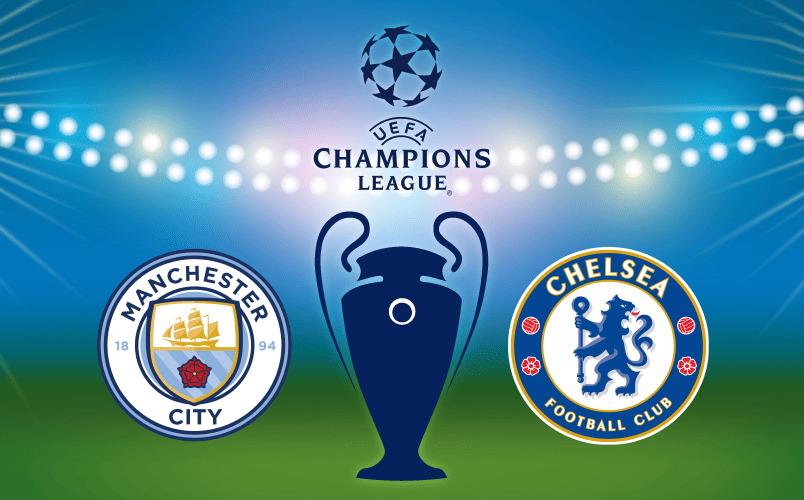 Can Manchester City win the UEFA Champions League this year?

QNET India takes a look at their journey in the Champions League. A reflection of an incredible season that could prove to be their greatest ever after already notching up the League cup along with the Premier League. In 2014, QNET joined hands with English Premier League giants Manchester City as their Direct Selling partners. The partnership was monumental as both QNET and Manchester City have grown by leaps and bounds in this period, which included an extension of our partnership in 2018.

Since our partnership began in 2014, Manchester City has set on a trophy-laden run, including 3 Premier League titles, 4 League Cups, 2 Community Shields, and 1 FA Cup.

In addition, they have appointed one of the most successful managers in football history in Josep (Pep) Guardiola. His guidance and managerial brilliance have made Manchester City a formidable team with every passing season since his appointment in 2016. However, there has been one competition, the UEFA Champions League, which has been on Manchester City’s radar for the past few years. They have gotten close to the cup every year, only to miss it by a whisker.

But after a brilliant 2020-2021 season, Manchester City finds itself one step away from winning the UEFA Champions League, Europe’s most coveted club competition. This article, in turn, is intended to celebrate QNET’s support for Manchester City and reflect upon what has been an incredible season!

Before sealing the spot in an all-English final, Manchester City had the tough task of beating a host of great European teams. The journey started in the group stages.

Unstoppable in the group stages of the Champions League Manchester City was off to a flying start in its Champions League campaign with a resounding 3-1 win over FC Porto. The win set the tone for their group stage as they went on to top the group.

City were undefeated with five wins out of their six games. In the process, they scored thirteen goals and conceded just one which came against Porto in match week 1.

The group stages of the Champions League was followed by the round of 16. They drew Borussia Monchengladbach as their opponents. It was an intense tie that could have gone either way.

But Manchester City proved to be more clinical and defensively resolute with a comfortable 2-0 victory. Bernardo Silva and Gabriel Jesus added their names to the score sheet with great goals.

The second leg was far more comfortable, as Ilkay Gundogan and Kevin De Bruyne sealed the victory with a 2-0 win. The tie ended 4-0 on aggregate for Manchester City.

Manchester City in the Quarter-finals of the Champions League

This game was followed by the quarter-finals, the stage which had proved to be tough for Manchester City in the past. They drew Borussia Dortmund in their tie, who were in a great run of form. It was an intense match with Manchester City manager Pep Guardiola going against an up and coming manager in the form of Edin Terzic.

Although, the nerves were quickly settled when Kevin De Bruyne scored in the 19th minute. The game went on with the same scoreline with Manchester City getting close to scoring a second goal. 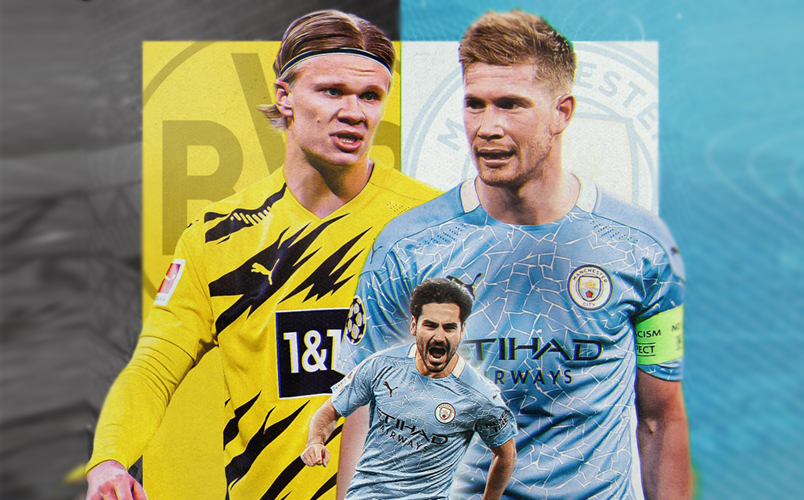 However, the match took a twist when Dortmund captain Marco Reus scored. He scored with a cool finish to equalise for the visitors. The match was heading for a draw when Phil Foden stepped up with a 90th-minute winner with a fine finish. It was an advantage for City, going into the second leg.

In consequence, the second leg proved to be an intense affair with Dortmund threatening to score. In the 15th minute, Jude Bellingham scored with a fine shot past Ederson to give the advantage to Dortmund. After that, the pressure was on Manchester City. But a goal for Riyadh Mahrez from a penalty kick in the second half had eased the pressure. Another goal from Manchester City’s amazing youngster Phil Foden sealed the deal. They set their sights on the semi-finals with a 4-2 aggregate win over the two legs.

The Parisian giants, Paris Saint Germain were the favourites going into the tie. They were the finalists of the last year’s competition, narrowly edged out by Bayern Munich in the final. And they started on the offensive with a powerful header from Marquinhos, giving the Paris club the lead.

But City roared back with two goals from Kevin De Bruyne and Riyadh Mahrez . The two goals gave them the advantage going into the second leg. It was an unpredictable match, with Paris Saint Germain being unable to capitalise on their chances.

The goal for the second leg was for the Citizens to stay mentally strong and withstand pressure from the Parisian club. And that’s exactly what they did with Riyadh Mahrez scoring early to put them in the driving seat. This was before he scored again in the second half to take Manchester City to the finals.

However, this season marks an incredible journey for Manchester City with the much-anticipated finals against Premier League rivals Chelsea. The match is set to take place on the 29th of May in Porto.

But, can Manchester City win the Champions League?

A message from QNET India: We’re with you, Manchester City. Let’s bring home the title!