Entrepreneurship is an exciting endeavour that challenges individuals to explore different domains and, in turn, pushes them towards growth. In their quest for financial independence, entrepreneurs constantly need to keep themselves motivated. In addition, they need to apply their leadership skills to find solutions for various situations and further strive to motivate their team members. Now, there are multiple sources of inspiration, including books, movies and even famous individuals.

QNET entrepreneurs can take inspiration from thought leaders from different time periods and walks of life, who’ve changed discourses with their contributions to the society. Their lives chart a road map for entrepreneurs to imbibe and emulate their principles for success. Here are some of the most inspirational leaders and their leadership lessons for QNET entrepreneurs.

Leaders are individuals who tread on untrodden roads and create a path for others to follow. QNET celebrates the spirit of leaders who’ve inspired millions of individuals to follow in their footsteps and create a revolution for generational development. 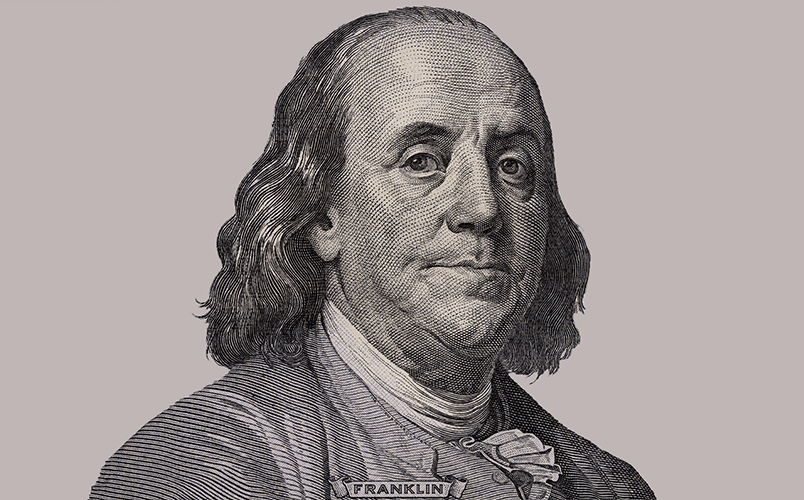 Benjamin Franklin was an American Scientist, Philanthropist and political Diplomat who helped draft the American Declaration of Independence in 1776. He was also one of the delegates of the convention that produced the U.S constitution.

What’s truly admirable is that Benjamin Franklin is the only founding father to have signed all four of the key documents establishing the U.S. This includes the Declaration of Independence in 1776, the Treaty of Alliance with France in 1778, the Treaty of Paris establishing peace with Great Britain in 1783 and the U.S. Constitution in 1787.

One of his most important contributions came with the publication of “Poor Richard’s Almanac,” which he published every year from 1733 to 1758. The almanac became known for its witty sayings, which often had to do with the importance of diligence and frugality, such as “Early to bed and early to rise, makes a man healthy, wealthy and wise.” His reflections were a great source of motivation for individuals back in those times and even continues to inspire people today.

Ben Franklin provides multiple noteworthy instances of leadership. But one of the most important lessons that he highlights for all leaders is the importance of wealth and virtue. He believed that it was very important for people to be virtuous and diligent in their stride and further adhere to morals to become successful.

An entrepreneur can take inspiration from Ben Franklin and strive to remain virtuous and maintain moral integrity in their businesses. As for QNET direct sellers, QNET provides a clear Code of Conduct and Ethics that they must follow in all their presentations, sales and representation of the opportunity. This helps them remain virtuous and goes a long way in helping them build their businesses. “Innovation distinguishes between a leader and a follower.”

Steve Jobs is one of the most famous innovators of the 21st century. His inventions with Apple and then Pixar and NeXT have completely revolutionised the world of technology and, more specifically, the mobile industry.

However, his journey was not without challenges. In one of his speeches addressing the Stanford graduating batch, he spoke about three important lessons that he learnt during his life. One such important lesson came when he was voted out of his own company. He further goes on to say that, in hindsight, it was a blessing in disguise. He says, “The heaviness of being successful was replaced by the lightness of being a beginner again, less sure about everything. It freed me to enter one of the most creative periods of my life.”

During this time, he founded NeXT and Pixar and then returned to Apple after it bought Pixar and continued providing revolutionary technology that would go on to change the world.

Most entrepreneurs in his position would have given up at the sight of a failure. They would look for shortcuts and an easy way out of situations. However, one of the important tenets of success is that it only comes to those who work hard for it. Just like Steve Jobs, who had to face multiple hardships before finding success.

He further encourages entrepreneurs to consistently question their vision and create bigger and better goals. In addition, he suggests that while creating new roadmaps and challenges, they must not be scared of change and keep moving forward until they find their goal.

He further states, “Your work is going to fill a large part of your life, and the only way to be truly satisfied is to do what you believe is great work. And the only way to do great work is to love what you do. If you haven’t found it yet, keep looking. Don’t settle.”

This is a great lesson for all entrepreneurs. It emphasises the importance of truly believing in their work and not stopping when people or situations hold them back. It also inspires individuals looking to break away from their conventional jobs and move towards an opportunity to be their own boss. What’s important to note is that it is in their hands to change their future. “Let me define a leader. He must have vision and passion and not be afraid of any problem. Instead, he should know how to defeat it. Most importantly, he must work with integrity.”

APJ Abdul Kalam was a highly renowned scientist responsible for the development of India’s missile and nuclear weapons programs. He would further go on to become the 11th President of India, serving in the position between 2002 and 2007.

One of his most notable contributions came in the 1998 nuclear weapons tests, which solidified India as a nuclear power and established Kalam as a national hero. He was awarded two of the country’s highest honours, the Padma Vibhushan in 1990 and the Bharat Ratna in 1997 for his contributions.

APJ Abdul Kalam’s life serves as a great motivation to youngsters and individuals seeking opportunities to establish themselves. Here is one of the most inspirational quotes – “My message, especially to young people, is to have the courage to think differently, courage to invent, to travel the unexplored path, courage to discover the impossible and to conquer the problems and succeed. These are great qualities that they must work towards. This is my message to the young people.”

He is a constant source of inspiration for young entrepreneurs. He encouraged them to always explore and to overcome challenges and continue in their stride towards a great mission. Entrepreneurs must note that they must work towards a greater mission, one that makes them better human beings. Defining one’s life mission could go a long way in providing clarity and helping them scale their development in life and business. “Give me six hours to chop down a tree, and I will spend the first four sharpening the axe.”

Abraham Lincoln was one of the most influential men in the 19th century. He served as the 16th President of the United States of America in 1861. He was a self-taught legislator, paving the way for slavery’s abolition with the Emancipation Proclamation. One of his most inspirational speeches was the Gettysburg Address. It stands as one of the most famous pieces of oratory in American history.

Abraham Lincoln knew how to emotionally connect and build forging bonds with people. His storytelling ability was a skill he had to build over many years of continuous effort. He would read and re-read a lot of books to improve his understanding of things. More importantly, he had mastered the ability to deliver his message in a way that would encapsulate everyone’s attention.

This is an important lesson for most entrepreneurs who’re looking to become leaders in their domain. Leaders never stop learning and up-skilling. They put time and effort to cultivate new skills and practice them consistently to become proficient. It is skills that help them get better at their tasks and ultimately help them achieve their goals.

QNET entrepreneurs must also spend time developing their marketing, presentation and professional skills to help them grow their businesses. QNET provides a vast resource to help individuals’ upskill and learn more about the possibility of becoming successful entrepreneurs. The QNET India website is a great place to start the learning journey. “To Boldly Go Where No Man Has Gone Before!”

James T. Kirk is a fictional character who has inspired individuals for many generations. He is perhaps the most famous Captain in the history of Starfleet. He saved the planet earth several times, stopped the Doomsday Machine, helped negotiate peace with the Klingon Empire, and even kept the balance of power between the Federation and the Romulan Empire.

But one of the most important lessons comes from the fact that Captain Kirk believes in teamwork and has multiple advisors with different worldviews. This allows him to assess the situation and make informed decisions. Moreover, they also help him apply their knowledge in providing solutions for a given situation.

As he famously says, “One of the advantages of being a captain, Doctor, is being able to ask for advice…” Here’s an important lesson for QNET entrepreneurs, a good leader listens to the team members and makes informed choices. In the process, the leader also helps in improving the overall team. In essence, a QNET entrepreneur must be able to take the team members’ thoughts into consideration and further inspire them to walk away from their inhibitions and take action when it matters. It’s easy to feel inspired for a moment, but what matters is the ability to take action. Now, most individuals would reflect on these lessons and feel inspired but wouldn’t apply them. When they don’t succeed, they look for excuses and avoid the situation. True leaders, on the other hand, accept the circumstances of a failure, face changes head-on and persist until they succeed.

We’ve looked at some of the most important leadership lessons that entrepreneurs can apply in their professional lives. Most of these inspirational individuals had to endure tough situations, perhaps when failure seemed almost inevitable. However, with grit, determination, and desire, they overcame their challenges and became inspirational figures for people around the world.

We hope that these leadership lessons inspire QNET entrepreneurs to take action and write their own stories of success. For more information about QNET and the entrepreneurial opportunity, visit the QNET India website!